Get me outta here!

Lately the news has been breaking my heart, my female heart.

It started with the rape and murder of Somebody’s Daughter in Melbourne. She worked for the ABC, so it received even more coverage than most; a good thing, as at the time, the perpetrator was still at large. The story was shocking and elicited widespread workplace and café conversations. So sad, Somebody’s Daughter out relaxing with friends, having a drink, going home to her husband, and then – nothing. Nothing, because she was stalked, targeted and preyed upon, murdered, hidden, lost. So sad.

Yet the conversations I heard were often about Somebody’s Daughter being out on her own, walking home on her own, how “silly she was”, how “she might have been drunk”. Wait, wait – what? Many musings only barely stopped short of saying she was asking for it. Listening to these conversations I could have, and could still, scream.

It was later revealed in the media that the stalker, her attacker, was well-known to Police, had been charged many times with brutal assault and was out on parole when he raped and killed Somebody’s Daughter. He was a large, broad-shouldered, physically strong hunter of women with a known violent streak. Because of this, her husband now fights for more transparency and stronger controls around parole conditions for known offenders. The loss of Somebody’s Daughter will hopefully yield a meaningful legacy, a positive change.

But not soon enough for Somebody’s Mother who was killed in April this year. She was bashed to death with a cricket bat by a man who was on parole for violent rape. He had almost 100 prior convictions and has since pleaded guilty, and been charged with, murder. Unfortunately this doesn’t help the woman’s 4-year-old son, who found her body. As a mother of a 4-year-old myself, I find it overwhelmingly sad to contemplate what effect that will have on that little boy as he grows up.

In July, another young Somebody’s Daughter was walking home after celebrating the birth of her then-two month old child. She had been in the city with friends and after being approached by, and refusing the attention of a lone man walking the same street, she was dragged into a laneway, punched, kicked and raped. It was a particularly brutal attack; one of the gashes on her face was so deep it required plastic surgery. She would likely be dead if not for neighbours running out of their homes upon hearing her desperate screams.

Then there was the kidnapping, ongoing assault, rape and brutalisation of three Somebody’s Daughters by a man, a school bus driver, over a period of years. These (now) women deserve a bloody medal, as does the (literal) man-on-the-street who “did something” upon hearing a plea for help from inside the man’s house. I have watched subsequent courtroom vision and listened in shock to the man’s denial of guilt, his words on a badly done by youth and an addict-like urge to harm, disrespect and demoralise. Whether real or play-acted self-delusion, it was a slap in the face to hear this soulless man attempt transferral of blame.

I thought about another man, the father of a daughter he kept as prisoner in his cellar for 24 years, who he sexually abused and who bore him seven children. With forethought and careful planning, he kept his Daughter and three of their children in the cellar for their entire lives whilst raising another three ‘upstairs’ in the house, as he and his wife’s own family. The seventh child had died shortly after birth and the man disposed of the body himself by burning it in a boiler. He hurt not just his Daughter, but his own children who now have an extraordinary challenge adjusting to life in the light of day.

On this last story – perhaps I should have warned you what you were going to read. It’s horrifying and beyond belief except that it actually DID happen to Somebody’s Daughter, on a bus, with her friend, at only 9pm at night. I’m getting upset again. It breaks my female heart.

And so I ask this: what is happening? When did all the Somebody’s Daughters become so targeted, so expendable, so devalued and worthless? And how did such violent, predatory, brutal behaviour become an almost-everyday news item? And why are we not making a bigger fuss about it all? There are pockets of action, stories of ill-feeling and a mood of sadness – but what are we actually doing? I’m no better than anyone else really, for here I am, only writing and lamenting. It is not enough.

There is a terrible and tragic thing happening, bigger than anything else and worse because its far-reaching consequences go beyond the violent and murderous madness of the stories above. It is about humanity. Within our own species, in our own kind, our own families – the stronger preying on the weaker, with intent to harm. I’m not an expert biologist, but truly – does any other species exhibit such destructive behaviour? And even if there was – why would we want to emulate it? Aren’t we supposed to be a higher-order, more aware, more morally conscious, more ethically driven species than any other? Aren’t we?

I hate the fact that I am more frightened now than ever before. I am Somebody’s Daughter with my own gorgeous girl, who I want to have all the experiences life can bring without fear of being stalked, preyed upon or attacked because she went out with friends, or walked home, or rode a bus. There are no boundaries for this fear; it consumes me when I watch the news, when I’m walking alone in a dark car park, when I watch my daughter at a playground. I feel less empowered than ever before, less able to make something change and I’m sure this is part of it, this overwhelming fear. I’m ashamed to feel this way because I’m pretty sure it’s what predators and stalkers would want, my inaction, my horrifying and crippling fear.

So today, no answers, only these thoughts:

I quietly hope that talking about my fear for all the Somebody’s Daughters will affect a small change somewhere in the big, wide internet world. I wonder about the over-arching themes in these stories of predation and violence of men against women. Perhaps this is where we can start, with teaching our children respect for themselves and for others – because all those horrific acts described above have also been carried out by Somebody’s Sons.

I can’t think of anywhere else better to start than that.

In my house there are unswept floors, unvacuumed carpets and untidy piles of unread magazines. I go to work early and promise myself I’ll leave at 4, then 5, then 6 o’clock. I plan to shop for groceries during lunch, after work, after I have collected my daughter. Late home, I face the spectre of cooking and serving an overdue evening meal to unbathed children while yesterday’s towels bunch wetly in the bathroom. There are dog-nose prints on glass sliding doors, finger-prints on the stairwell and a headful of unwritten blogposts. There are unmade phone calls, unmade beds, unrealised promises. I can’t stop thinking about things I should be doing and things I haven’t done. I want more time, more time, more time.

Lately it has been quite a struggle. And so I haven’t written for a while.

Today, with some precious writing time, I don’t want to dwell on the issues of madness and mess – suffice to say they exist and are unresolved. Instead I want to talk about something that’s saving my sanity and whose images are crowding my camera memory cards. It’s close and unexpected. It’s Newcastle, Newie, my home.

Most weekends I manage an hour or so to go walking. Originally unplanned and now pleasant habit, I head to the breakwall in town near Nobbys Beach, always an hour or so before dusk. It’s a beautiful time of day, my favourite time of day. It’s when sidewalks are being swept clean of daylight-muck and preparing for night. It’s when shadows lengthen, stark skies become shaded-colour and people pack up and head home. There’s a sense of completion and a touch of anticipation at dusk. It’s day’s end, the sunset winking in night’s welcome.

And the reason I’m walking here and not somewhere else is the landscape. I could walk anywhere; my gorgeous local park, my street, the bike track, anywhere. But I find myself driving into town, parking the car and treading the coastal breakwall with it’s beachy-backdrop, to its end and back again.

While I walk I listen to music. It soothes me more than the crash of waves, the cry of seagulls or the chatter of fellow-walkers. You might question why I don’t let the rush of water-on-sand be my soundtrack. I think it’s because I see these walks as a bit of an escape, a chance to clear my head of The Crazy, and so I like to set the tone for this time myself. It’s one of the few times I get to listen to my choice of music, that I want to hear, that I like.

Unexpectedly, these walks have changed my life. The solitary nature of them is soothing, and the exercise warranted, but it’s the stage show that’s taken my breath away. Incredibly, I’d forgotten about the power of it and how much better I am for it.

The air is fresh, salty, bracing. The ocean can be angry grey-green, mildly turquoise or glassy, crystalline blue, rolling gently or spraying thunder against man-made rocks. Recently there have been dolphin pods, breaching whales, quick and cheeky seals. There are try-hard tugs ushering in overloaded ships, their cumbersome bulk swaying ponderously into the harbour. To the side, over-excited dogs populate Horseshoe Beach, fetching sticks amongst the off-shore foam. People, everywhere, all sorts – families, kids, tourists, surfers, cyclists, walkers, lovers, strangers, even robed monks. There is sand, salt, marshy smells and flowering plants. There are bleached timber keepsakes, pock-marked rocks and swooping kites.

And then there’s the show. The horizon, the sunset, the end-of-day/beginning-of-night spectacle that demands its shaded-eye salute. The business end of the harbour looks delicately pretty in silhouette. The pink-tinged horizon urges you forward, faster, to beat the night-fall. Overcast days provide a gentler final act, a slower drop of the shadowed grey-on-grey curtain. Other times the harbour is angry and the only nod to the passing of time is the steely-blue boiling of the clouds as they roll into Newie.

Every week this event reminds me that nature is fierce and wonderful. I feel lucky to witness it, to be in Newcastle where nature is so near that I can always, always find it closely, quickly. That I can feel better and happy because of it. That it can transform me from darkly overwhelmed to clear-headed and composed; there’s something about facing a sunset that makes you feel special, amazing and even beautiful.

The sun sets and I walk a little taller, smiling. I drive home, sad for the moment just ended but grateful – grateful for nature’s show, for reminding me what truly matters, grateful I know how easy it is to feel better, and how unimportant an unkempt house really is.

I go home, kick aside the widely-strewn toys and hug my daughter. 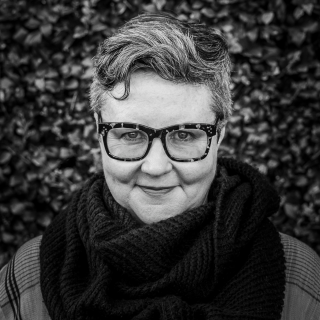 I live and work in Newcastle, Australia - a gorgeous little coastal town in NSW. Kids, dogs, love, work, trees, the beach and my camera keep me happy. All blog content and photography is copyright Louise Faulkner Photography, but am happy to share with those seeking permission.